Welcome to the IRIS Connect blog space where you can join conversations and discover free resources, tips and summaries. We hope you find something useful for your professional development and learning. 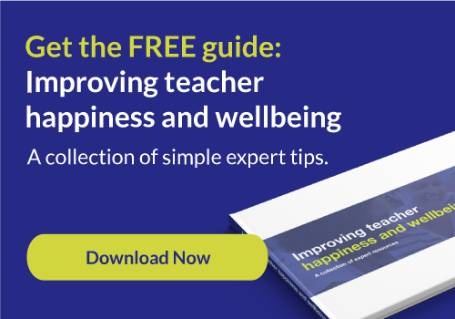 TeacherTales: How we provide remote, autonomous and truly continuous PD 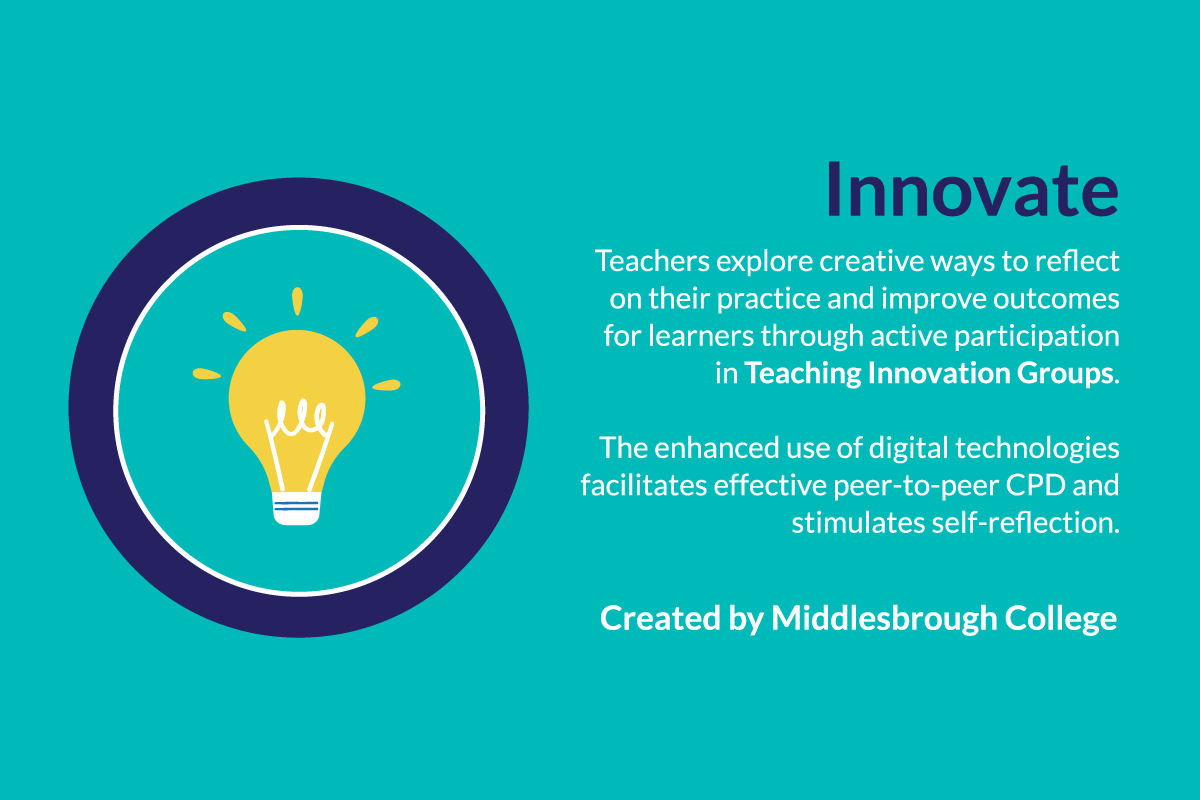 ‘In order for students to learn they must do something’. This ideal is the same for all those who teach or support education and training. At times, well intended, top-down approaches to CPD can be too broad and not specific enough to meet the needs of individual teachers. In addition, measuring the impact of generalised CPD on learning and progress is a constant challenge.

In response to this, we at Middlesbrough College asked ourselves two simple questions:

The answers seemed strikingly simple: professional teaching focused CPD should be explicitly tailored to a) the teaching practice needs of the teacher and b) the pedagogical needs of their students.

As a result, the Middlesbrough College Teaching Innovation Group’s (T.I.G’s) were born.

END_OF_DOCUMENT_TOKEN_TO_BE_REPLACED 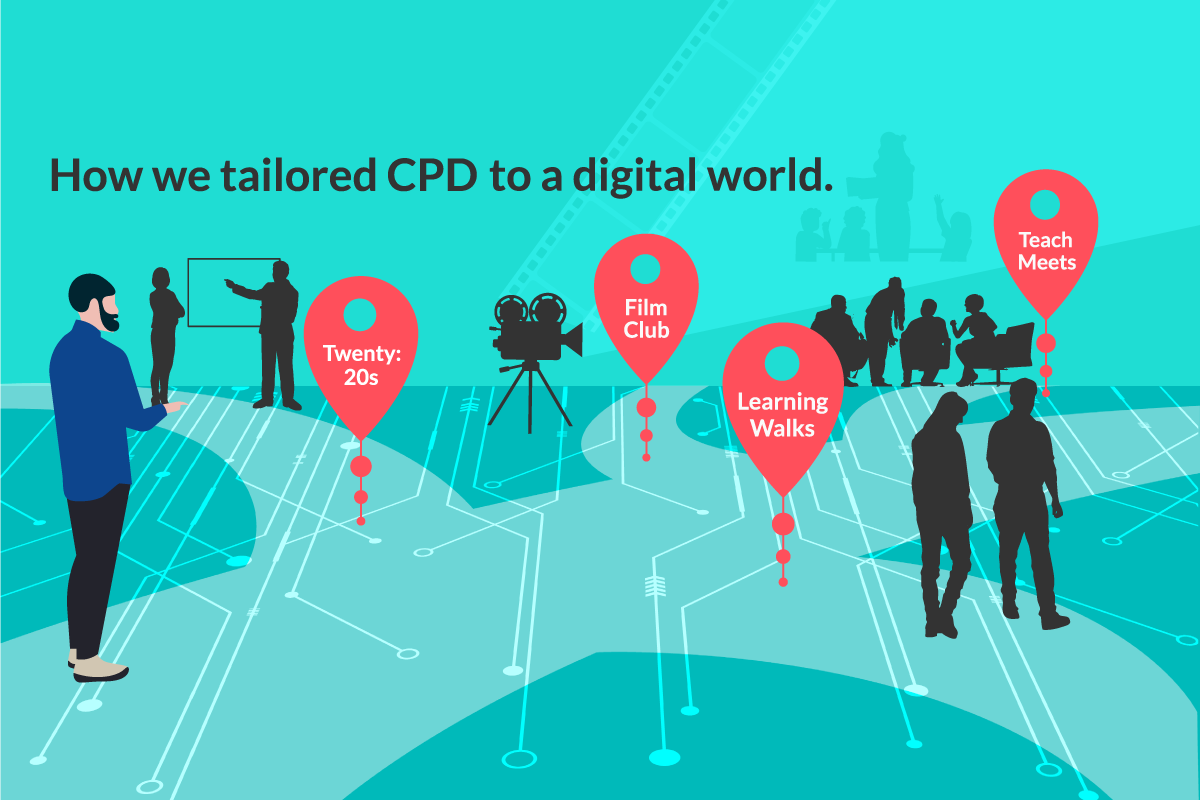 Since Covid struck in 2020, so many things have been put on hold as we collectively navigate our way through unusual and challenging circumstances. Outside, gatherings have ceased and socialising has taken a significant hit.  We now see this taking place in schools, too: cross-over of staff is rare or non-existent as we strive to keep teams safe. Even when schools were full of pupils many teachers were like passing ships as they drifted around in their own bubbles.  Many of us have tried to tackle these issues digitally with get-togethers, quizzes and virtual meet-ups and these can have a really positive impact: just seeing others and interacting with them can be such a boost.

One area in our school that we had struggled to maintain was staff development: courses have ceased or gone digital; TeachMeets and BrewEDs are digital or postponed; learning walks have had to be rethought; school visits are a no go and cross-pollination of good pedagogy is significantly damaged. Within this blog I hope to unpick some ways of combating this digitally – and more specifically through the use of IRIS Connect.

END_OF_DOCUMENT_TOKEN_TO_BE_REPLACED 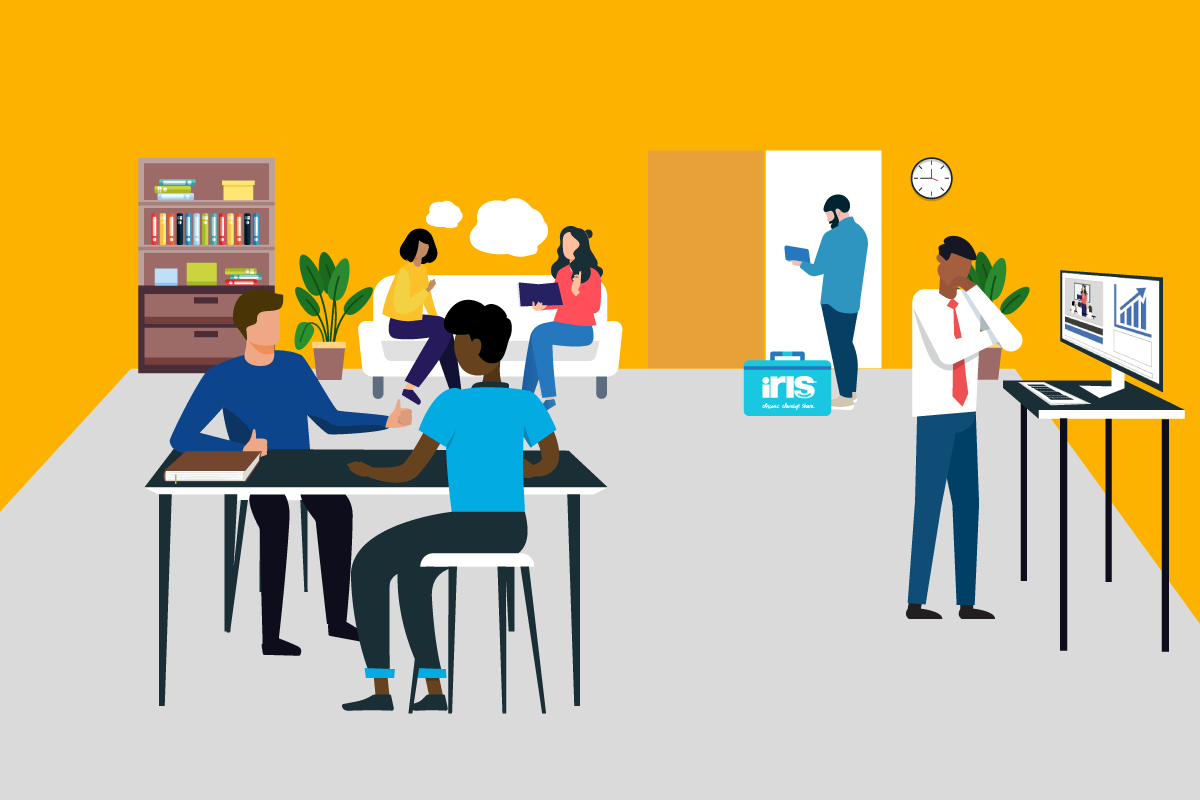 “The phone rang at 10pm the week before Christmas. It was one of my oldest friends, James, a Headteacher at an Independent School in Melbourne.

James went on to describe his symptoms: he couldn’t eat; couldn’t sleep and had terrible pain in his chest and stomach. He’d been to the doctors who diagnosed “stress and anxiety”. Horrified, I asked what they suggested he should do. Unsurprisingly, they offered him a cocktail of drugs and suggested that he see a therapist.

He rejected the drugs and saw the therapist, who was stumped. “You seem perfectly fine to me, I don’t know what to suggest,” he said. Fortunately I was visiting Australia that Christmas and was able to have a conversation with James on a long walk on the beach.

END_OF_DOCUMENT_TOKEN_TO_BE_REPLACED

How to teach remotely: 10 resources

Posted by Alexandra Spalding on 18 January, 2021 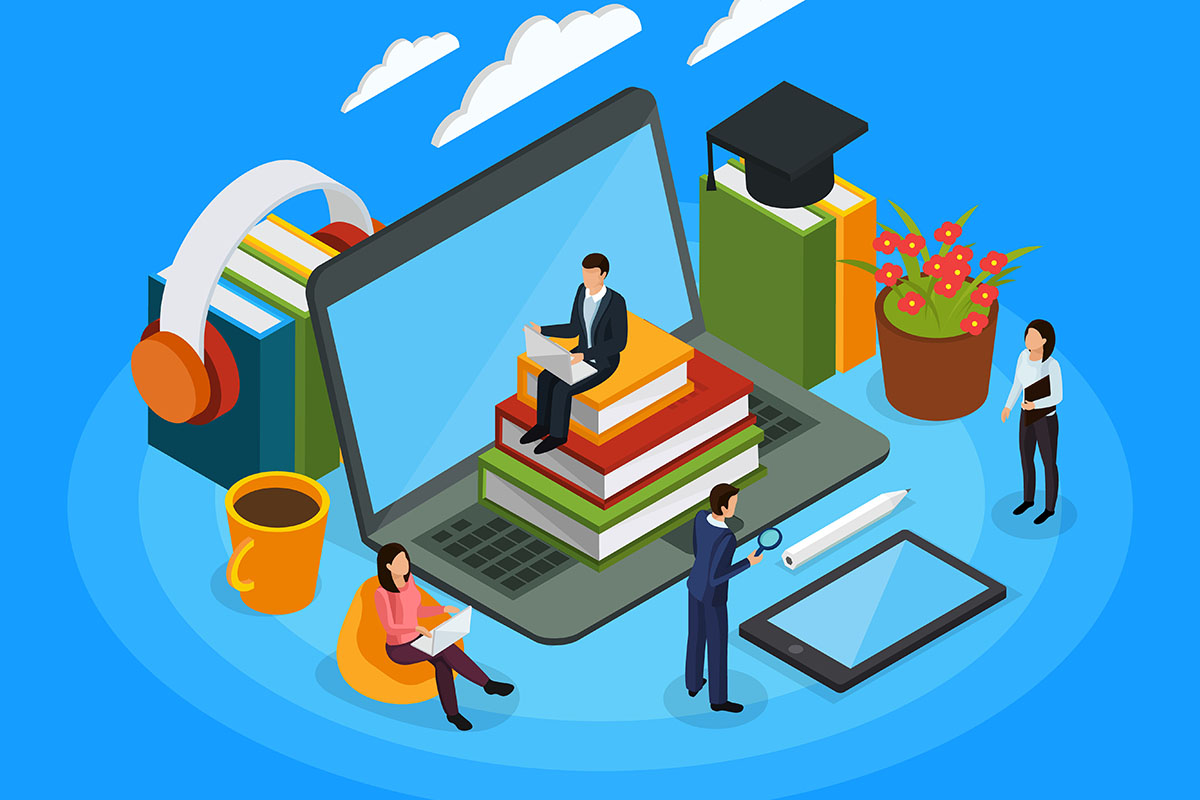 We know there’s no quick fix when it comes to remote teaching and one size certainly doesn’t fit all, but these tools to teach online could be a great place to start. Keep up to date with all the resources we're sharing over on our Twitter account @IRIS_Connect.

Please share any other resources you’ve found to be useful in the comments section below so that fellow readers can benefit.

END_OF_DOCUMENT_TOKEN_TO_BE_REPLACED 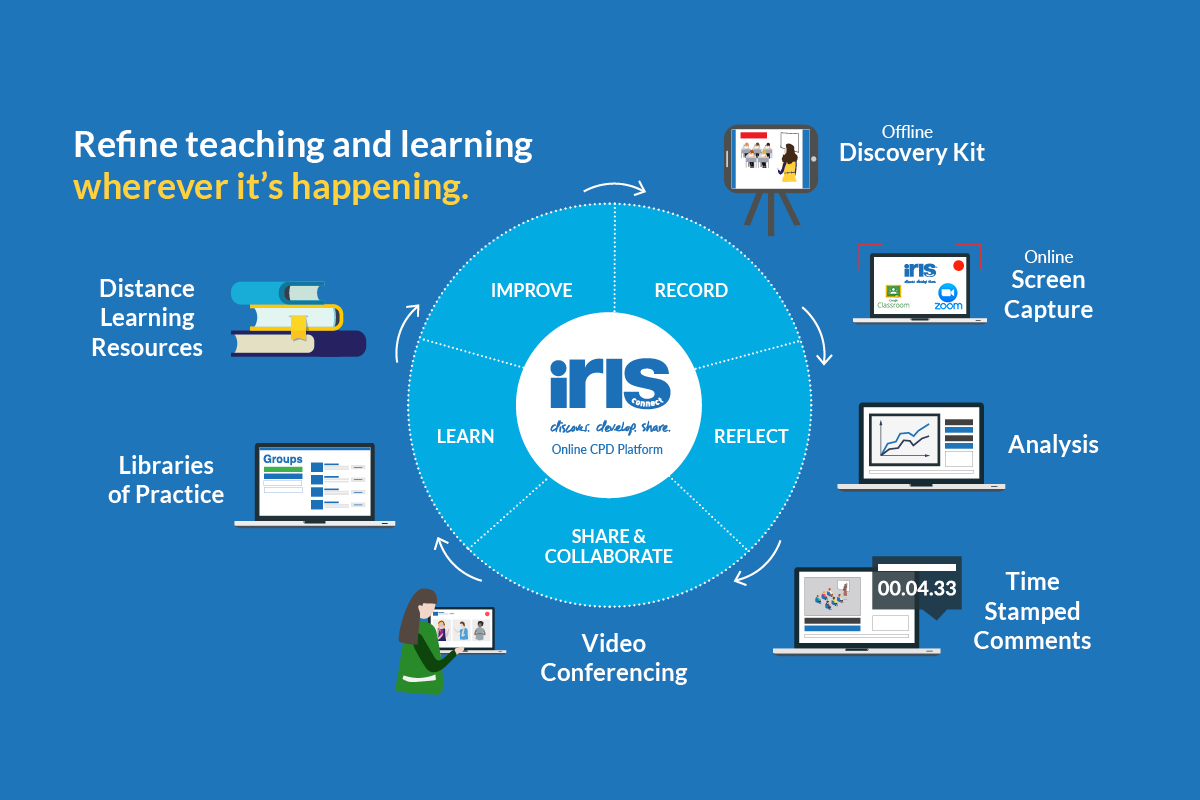 A new year, a new lockdown. With the latest government announcement schools have again been largely closed to most learners and are now switching to online learning at least until half term. In contrast to the first wave last year, most schools and teachers are now more experienced with this new approach to teaching and learning and are no longer solely focused on how to deliver online education but instead are considering ways to improve this experience for both their learners and their teachers.

If your school has been using IRIS Connect to capture and improve classroom practice, take a look below at some ideas of how you could be using our online CPD platform to capture your online teaching, improve your practice and stay connected with colleagues wherever they are.

END_OF_DOCUMENT_TOKEN_TO_BE_REPLACED

Posted by Alexandra Spalding on 11 December, 2020 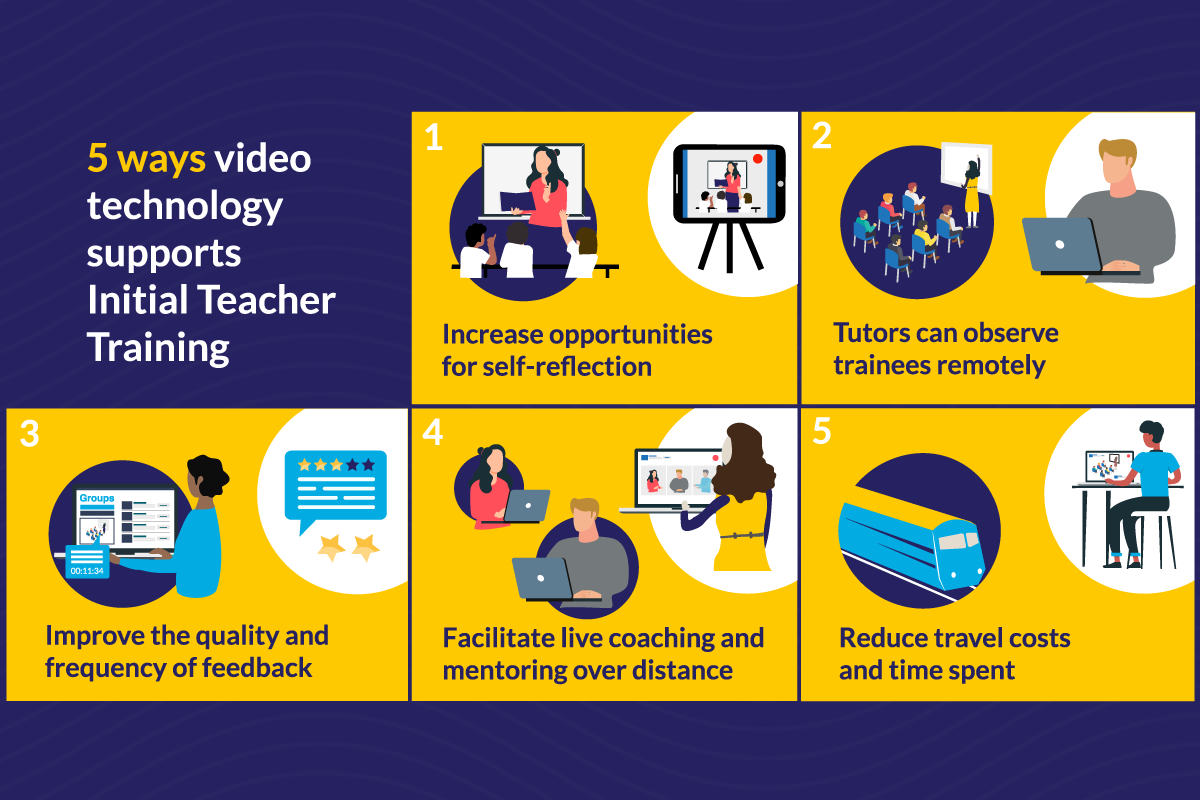 Teachers, and those responsible for teacher training, have recently needed to develop new strategies and approaches to adjust to the changing demands in Initial Teacher Training.

As a result of limitations around school visits and face-to-face training, it’s become increasingly difficult for mentors to meet with trainees in the field, which means ITT providers have had to find other ways to be able to make judgements on trainee progress, provide efficient and quality feedback and enable trainees to get peer support when they need it.

Rethinking the traditional processes that have underpinned ITT for as long as we can remember has required a lot of time and effort for everyone involved. But as with any innovation, the use of education technology in supporting Initial Teacher Training also provides huge opportunities.